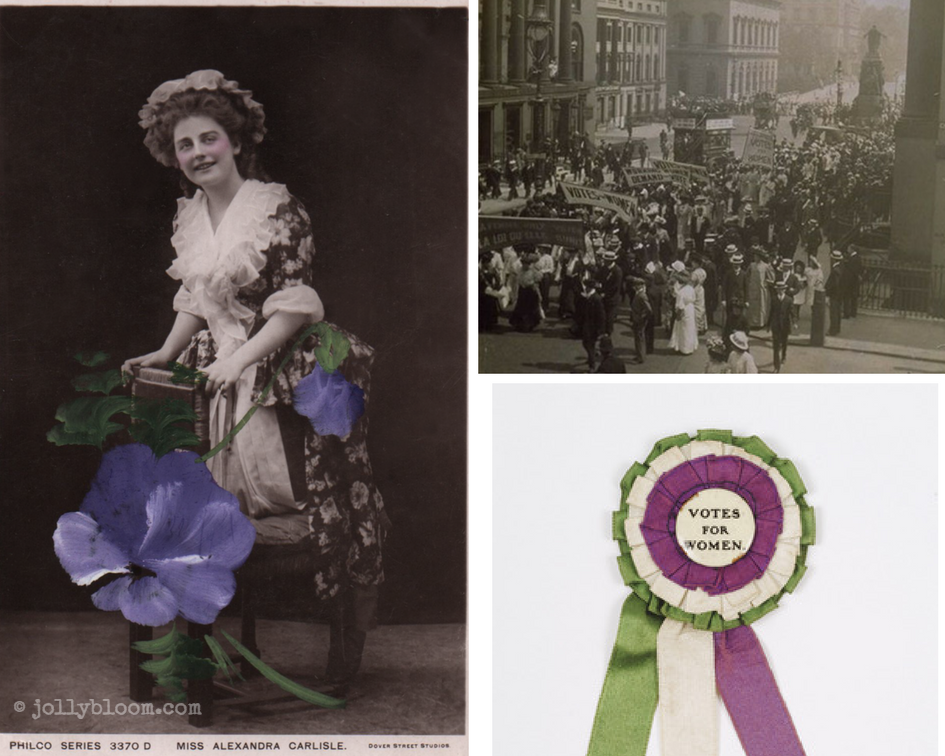 Alexandra Carlisle (1886 – 1936) was an English theatre star who made her name in America as an actress and strong supporter of the Suffrage movement.

Alexandra’s father wanted her to follow in his footsteps and become a teacher, but the defiant Carlisle declared she would be anything but! She trained as a stenographer and found work as a typist alongside acting for a provincial English theatre company.

She married American comedian Joseph Coyne and moved to the USA where she found success in straight theatre on Broadway and a passion for speaking out against inequality for women.

This real photo postcard has been overpainted with violets in the suffragette’s colours – Green ‘Give’, White ‘Women’, Violet ‘Votes’. The postcard was sent from Annie to her sister and to me is a clear indication of Annie’s support for the Suffrage cause.